You don't have any saved vehicles!

Look for this link on your favorites:

Once you've saved some vehicles, you can view them here at any time.

There is a better way to buy a car. We strive to deliver a car-buying experience that is fast, fun and easy for our customers. Foremost in this effort is that we provide clear, upfront, and discounted pricing to save the car shoppers time and money.

Fast means you can find all of our vehicles online, and we offer the shopping tools to help you quickly narrow your search to the vehicle(s) that you best suits your needs. Create your account online and you can save your favorite vehicle, get notified of any price changes and expect to save 30 minutes at the dealership. Other tools, like Value Your Trade and Pre-Qualify for Financing can save you even more time, on average 1.5 hours.

Easy means you can start the purchase online, and once you’re at the dealership, our experienced sales professionals are ready to quickly guide you through the rest of the sales process. Our team will show you exactly what you’re paying from the moment you initiate your purchase until you own your vehicle.

Fun means we respect your time and want to create an experience for our customers that is enjoyable with no stress. Our team works as a team, to ensure the process is fun without rigid rules and formality.

Why Choose Us?
MENU

CALL US FIND US

RAM is Keeping It Real With New Ad Campaign

RAM wants to keep it real and this is reflected in a new ad campaign where real, hardworking people are depicted using RAM trucks. RAM’s new “Groundbreakers” ad campaign places the working man in the spotlight and shows the new RAM HD truck doing every day work. The first ad in the campaign, titled “Walk a Mile,” features workers in real-life work settings, ranging from a farm to an oil field, where pick-up trucks do their best work.

The message of the commercial is unmistakable: there are many reasons to buy a heavy duty RAM pick-up truck because it is prepared to help you handle anything.

The RAM trucks’ rugged characteristics are conveyed through the throaty voice of a Hollywood legend, Sam Elliott. The first ad in the series conveys the message that RAM trucks are authentic. Future ads will feature other RAM characteristics such towing and torque capabilities and the exciting RAM HD new 6.4-liter Hemi gasoline engine will be promoted in one of the spots.

In addition, the campaign will also feature social media enhancements and contests; one contest asks RAM HD truck owners to submit challenges that can be attempted by RAM trucks. The “Groundbreakers Club Roadblock Challenge,” a social media game with a 2014 RAM 2500 Power Wagon as a prize, is also an exciting upcoming contest.

We feel like the first ad represents well what RAM trucks do best. Have you seen the ad? What is your opinion? Let us know by leaving a comment on Midstate Dodge’s blog. Then, come on in to our Barre-Montpelier, VT dealership to see our new RAM trucks.

You don't have any saved vehicles!

Look for this link on your favorites:

Once you've saved some vehicles, you can view them here at any time. 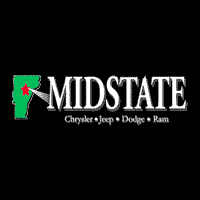